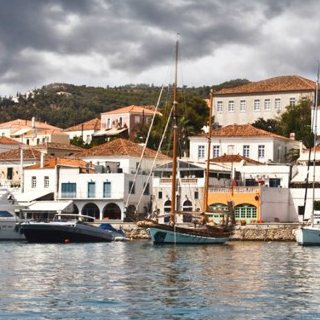 Spetses, an island boasting a long naval tradition, is famous for its significant contribution to the 1821 War of Independence. When the Greek Revolution of 1821 broke out, the island’s ships contributed to setting the country free, a fact that is still celebrated during the annual Armata Festival”. It was here that the revolution flag was raised on 3rd April 1821.

In antiquity the island was named “Pityonissos” and “Pityousa” from the ancient reek word “Pitys”, meaning pine tree. The name “Spetses” came from the Venetians who used to call it “Isola di Spezzie” meaning the island of aromas (spices).

The island has managed to retain its traditional character thanks to its well-preserved grand captain mansions, numerous beautiful beaches and delicious traditional cuisine, and is ideal for long promenades and outdoor athletic activities in breath-taking scenery.

The picturesque old harbour and Dápia, a tourist and commercial centre where the heart of the island’s entertainment beats, are the trademarks of the town of Spetses. 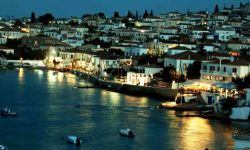 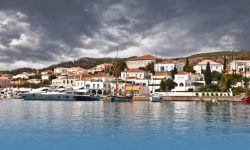 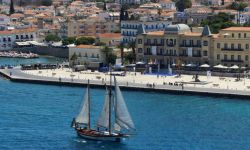