Sleep is one of our basic needs such as eating and breathing and this is why it is so important for human’s health and well-being. This agrees with the fact that sleep is regulated by powerful internal stimulants like overwhelming sleepiness when we are sleep deprived and energetic feelings after a satisfying sleep. Extended research on sleep patterns revealed its wide variety of benefits on the immune system, the metabolism, the memory and learning procedures and other aspects of human biology. 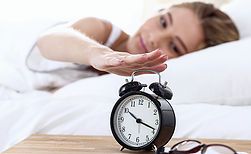 Which is the physiological role of sleep? There are different theories trying to answer this question but none of them has been scientifically proven. The only facts that we are sure about is the bad consequences of sleep deprivation and the apparent advantages of good and regular sleep habits. As such the NIH presents the general recommendations for sleep duration among different age groups. More specifically, early at life teens are suggested to sleep 9-10 hours per day and as adults and elderlies are suggested to sleep 7 to 8 hours per day. It is proven that poor sleep habits and sleep loss add up over the days and years and ultimately affect negatively our health.

What happens then when people don’t get enough sleep? Sleep deprivation influences several aspects of human health and life in short and long term.

The practice of meditating started many years ago characterized by a wide diversity as it had different forms and uses dependently on where it was practiced. From one hand it was the meditation in the East used firstly as a component of Indian Ayurvedic medicine practices which aimed to the health recovery and its maintenance through time and secondly in order to expand consciousness. On the other hand meditating had a totally different philosophy in Western countries where it was practiced in a religious context particularly in Christian religion. Only after the 1970s meditation acquired a new role as a possible component of a healthy lifestyle and a possible method to manage impaired psychological behaviors without having a religious nature. 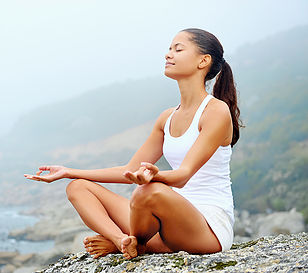 Today the meditation practice consist of a wide variety of activities such as relaxation and breathing techniques, as well as observation of self-thoughts to focus attention and manage a state of self-awareness and inner calm. The basic aims of meditating are the quieting of the mind and the control of stress feelings in order to lead ultimately to inner harmony.

Meditation can be separated in three distinct categories according to its connection to religion and its goals. Firstly, meditation can be used in order to achieve spirituality through a religious context. Secondly, it can be used to accomplish the same goal but without a religious aspect. Thirdly, meditating may be practiced only for the improvement of mental performance without the effect of the religion. The common feature between these three categories is the need to keep the attention away from the outside world and its thoughts in order to concentrate on a specific subject for a short time.